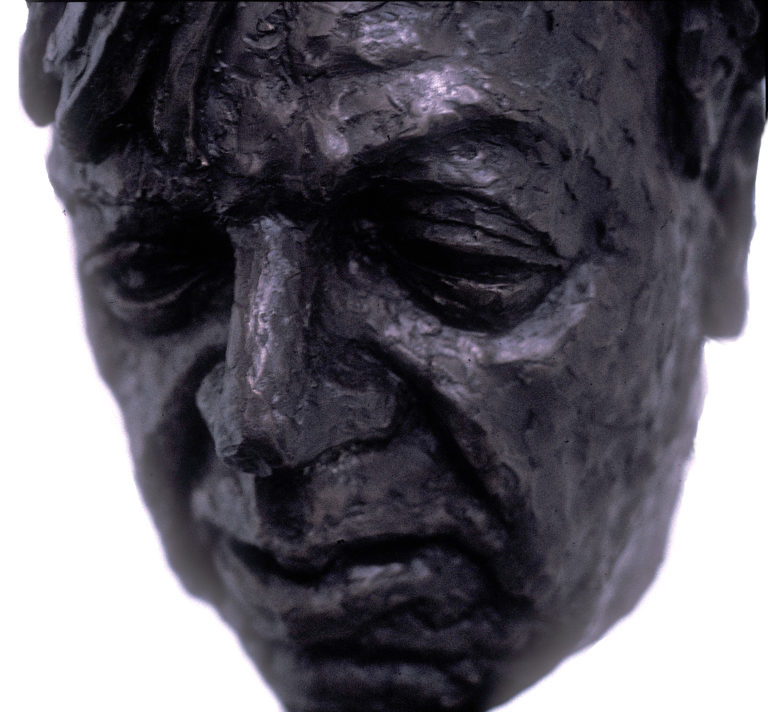 In June 2019, translators of poetry from all over the world came together at the Literary Colloquium Berlin for the TOLEDO translators’ meeting, JUNIVERS One of the items on the agenda was a workshop with German Literature Professor • Wolfgang Görtschacher on Erich Fried as translator (of, for example, Shakespeare and Dylan Thomas) and on the translation of Fried’s poetry, which often deals with fear.
Now these JUNIVERS conversations will be continued by “transparent” translators • Ali Abdollahi (IRN), • Aurélie Maurin (F), • Valentina Di Rosa (I) and • Arild Vange (NOR). Together with the audience, they will give these poems new voice in Farsi, Italian, French, and Norwegian. Furthermore Wolfgang Görtschacher’s and David Malcolm’s translation into English by will be added to the discussion.

Ali Abdollahi, b. 1968 in Birjand in South Khorasan, Iran. Poet and translator. Studied German language and literature in Teheran. From 1993 to 2014 he presented German and Persian literature to the listeners of Radio Iran. Abdollahi has published seven books of his own poetry to date and many translations, including the poems of Erich Fried. Lives and writes in Iran.

Aurélie Maurin, b. 1975 in Paris. Study of literature and linguistics in Paris. Since 2000, she has been living in Berlin as a literary translator, event organizer, and editor (e.g. of the VERSschmuggel series in Das Wunderhorn publishing house and of the journal La mer gelée). Since 2017 she has been director of the Deutscher Übersetzerfond’s TOLEDO program. Most recent translation into French: Thomas Rosenlöcher, L’homme qui croyait encore aux cigognes (Paris: Nouvel Attila 2018).

Arild Vange, b. 1955 in Bergen, Norway. Author, translator, and performance artist. Her debut novel, Ene og Alene, came out in 1990. She is also the author of eight volumes of poetry (two in collaboration with artist Per Formo), including annerledes enn (2010, German 2012) and Livet i luftene, Fortelling. Sang (2018) She has translated Franz Kafka, Thomas Kling, Brigitte Oleschinski, Yoko Tawada, Georg Trakl, Anja Utler, and Peter Waterhouse into Norwegian. Lives in Trondheim.

Wolfgang Görtschacher, b. 1960 in Linz. Görtschacher is Assistant Professor in the Department of English and American Studies at the University of Salzburg. He has written extensively on contemporary British literature, mysteries and thrillers, and translation studies (esp. Erich Fried, Ilse Aichinger, and Michael Hamburger). He is also a publisher at Poetry Salzburg, an editor of literary journals and a translator of contemporary poetry. President of the Austrian Association of University Teachers of English. 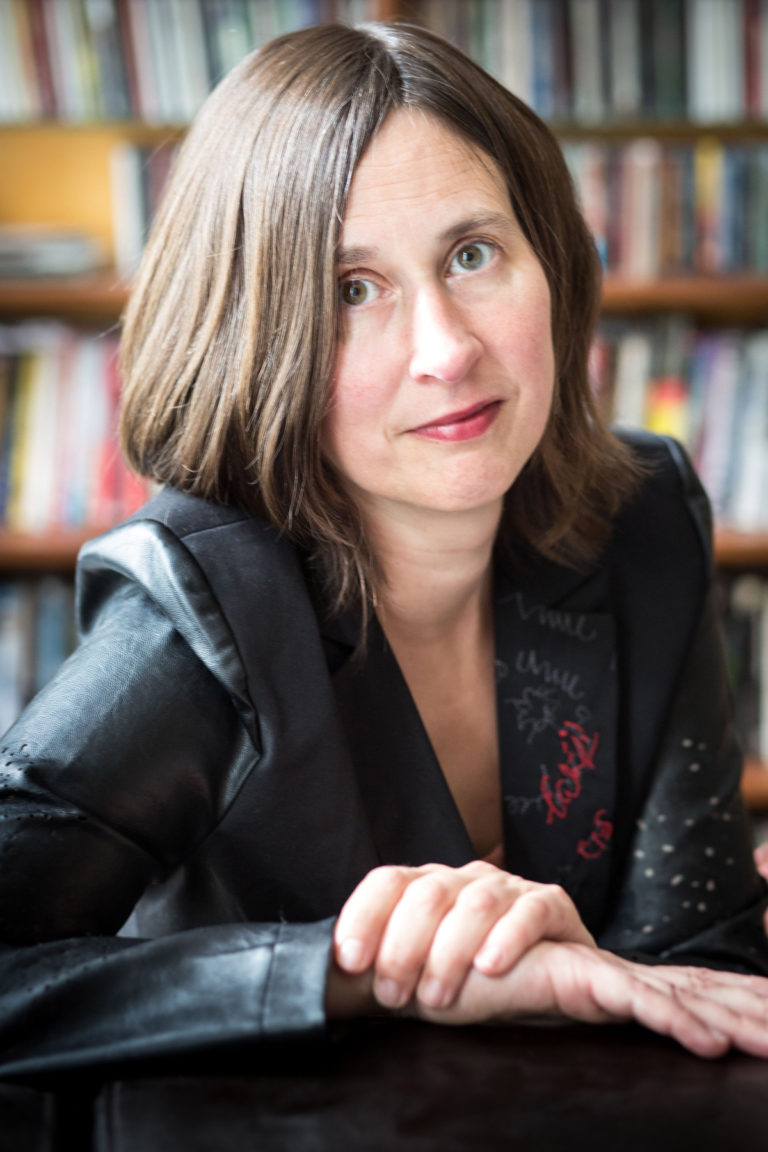 The Austrian author • Kathrin Röggla often deals with the topic of fear in her work. Her most current piece is the audio exhibit Der Elefant im Raum (the elephant in the Room) at the Berlin Academy of Arts. From this work she contributed an acoustic list of phobias, from A for Ablutophobie to Z for Zoophobie. She will also be reading from a new text written expressly for the Erich Fried Festival, Kleine Geographie der Angst (A Short Geography of Fear).

Kathrin Röggla, b. 1971 in Salzburg. First publication 1990 after her study of German and publishing at the University of Salzburg. Röggla often works across media, incorporating documentary aspects into her work as well as humor and irony. Her language is experimental and self-critical and explores the orality of written language. She is the recipient of numerous literary prizes, including the Arthur Schnitzler Prize (2012) and the Nestroy for best play (2011). She is a member of the German Academy for Language and Literature in Darmstadt, and the Berlin Academy of Arts, where she has acted as Vice President since 2015. Lives in Berlin. 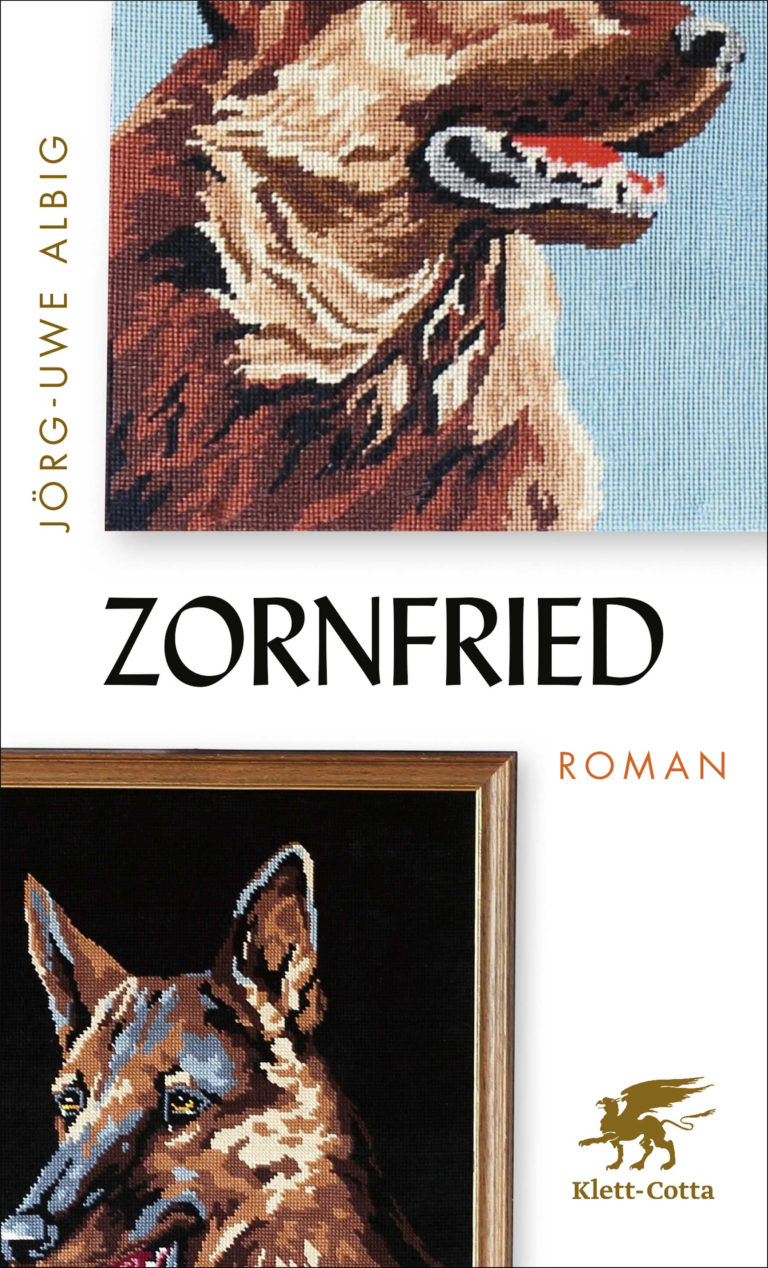 • Jörg-Uwe Albig (D): Zornfried (Klett-Cotta 2019)
Jan Brock, the protagonist of Joerg-Uwe Albig’s satirical novel, is a freelance reporter. He senses a coup when he happens upon the pompous right-wing poetry of Storm Linné. Jochen Schimmang concluded in the FAZ: “Albig’s has written one of this spring’s most important novels. Which also happens to be excellent literature.” 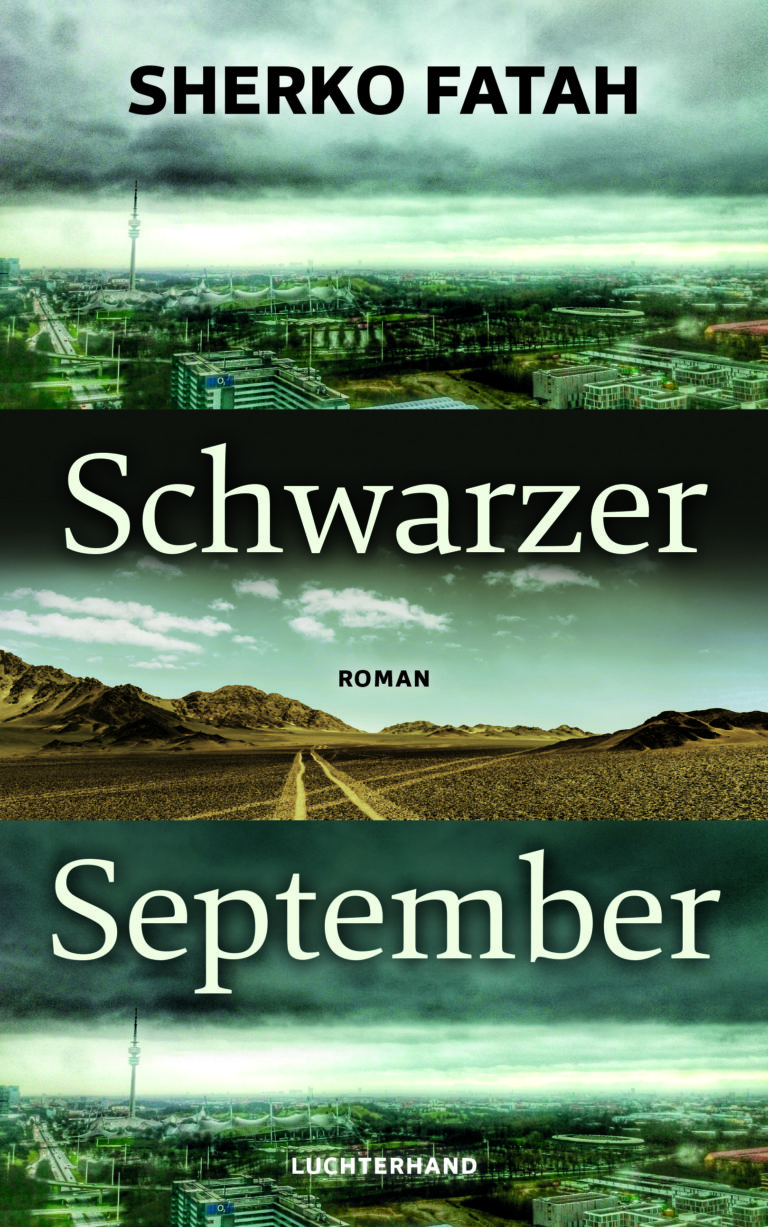 • Sherko Fatah (D/IRQ): Schwarzer September (Black September) (Luchterhand 2019)
Fatah, one of the most incisive observers of the Middle East, writes in his fact-filled novel about political impotence and the ideological promotion of violence in the 1970s, when the Black September Organization was formed, the terrorist group that assassinated the Jordanian prime minister and carried out the attacks at the Munich Olympics.

The festival’s first panel discussion focuses on possible triggers for radicalization and the impact of the latter on society. Focus is on both the real threat of political extremist religious fanatics as well as the growing importance of social media and the extent to which their political and sociological landscape is being shaped by armies of trolls.

Jörg-Uwe Albig, b. 1960 in Bremen. Studied art and music in Kassel, Germany. Albig began his literary career as a freelance journalist. He was editor at Stern and lived for two years in Paris as correspondent for a German art journal. He has been living as a freelance writer in Berlin since 1993. He writes for GEO, SZ Magazin, and others. His first novel, Velo, came out in 1999. It was followed by Land voller Liebe (2006), Berlin Palace (2010), and Ueberdog (2013), as well as the short story Eine Liebe in der Steppe (2017). His most recent roman à clef (according to the FAZ), Zornfried (2019), is about a fictitious right-wing poet and a group of neo-Nazis. In 2017 Albig was nominated for the Ingeborg Bachmann Prize.

Julia Ebner, b. 1991 in Vienna. Expert on extremism and terrorism. Research fellow at the Institute for Strategic Dialogue in London since 2017. Ebner works together with numerous government and policing organizations. She acts as a consultant on online extremism for the UN, NATO, and the World Bank, and writes regularly forThe Guardian and the Süddeutsche Zeitung. Her first book, The Rage: The Vicious Circle of Islamist and Far-Right Extremism (Tauris 2017) was a Spiegel bestseller in the German translation by Thomas Bertram. Her new book, Radikalisierungsmaschinen. Wie Extremisten die neuen Technologien nutzen und uns manipulieren (Radicalization Machines: How Extremists Use New Technology and Manipulate Us), was just released by Suhrkamp. In 2018 she received recognition from the Bruno Kreisky Prize for political books. Lives in London.

Sherko Fatah, b. 1964 in East Berlin to a Iraqi Kurdish father and a German mother. He grew up in the GDR and moved to West Berlin via Vienna with his family in 1975. Studied philosophy and art history. He has won many prizes for his literary work, most recently the Berlin Art Prize — Grand Prize from the Berlin Academy of Arts and the Adelbert von Chamisso Prize, both in 2015, as well as the Aspekte Literature Prize for his novel, Im Grenzland. He has been nominated for the Leipzig Book Fair Prize twice (2008 for Das dunkle Schiff, 2012 for Ein weißes Land) and was shortlisted for the German Book Prize in 2008. 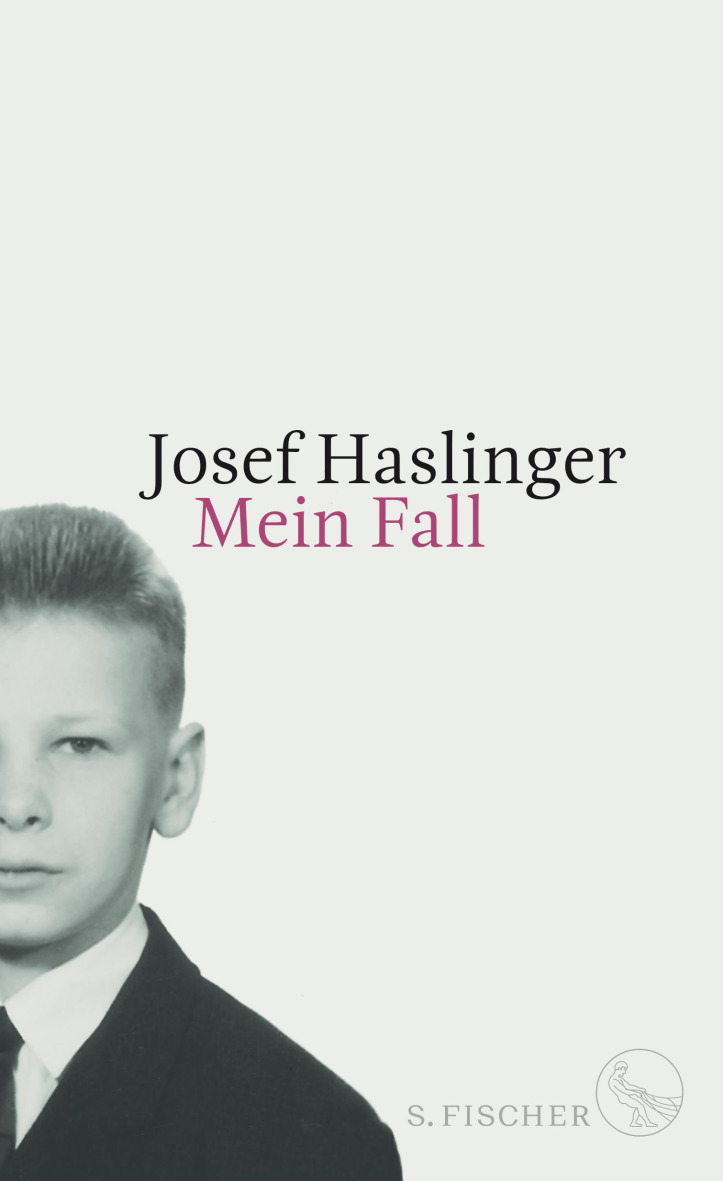 As a ten-year-old, Josef Haslinger became a student of the Boy Choir School of the Zwettl Abbey. He was very devout and planned to become a priest; he loved the church. This juvenile love was abused by the padres. Five decades later, Josef Haslinger has told his story. 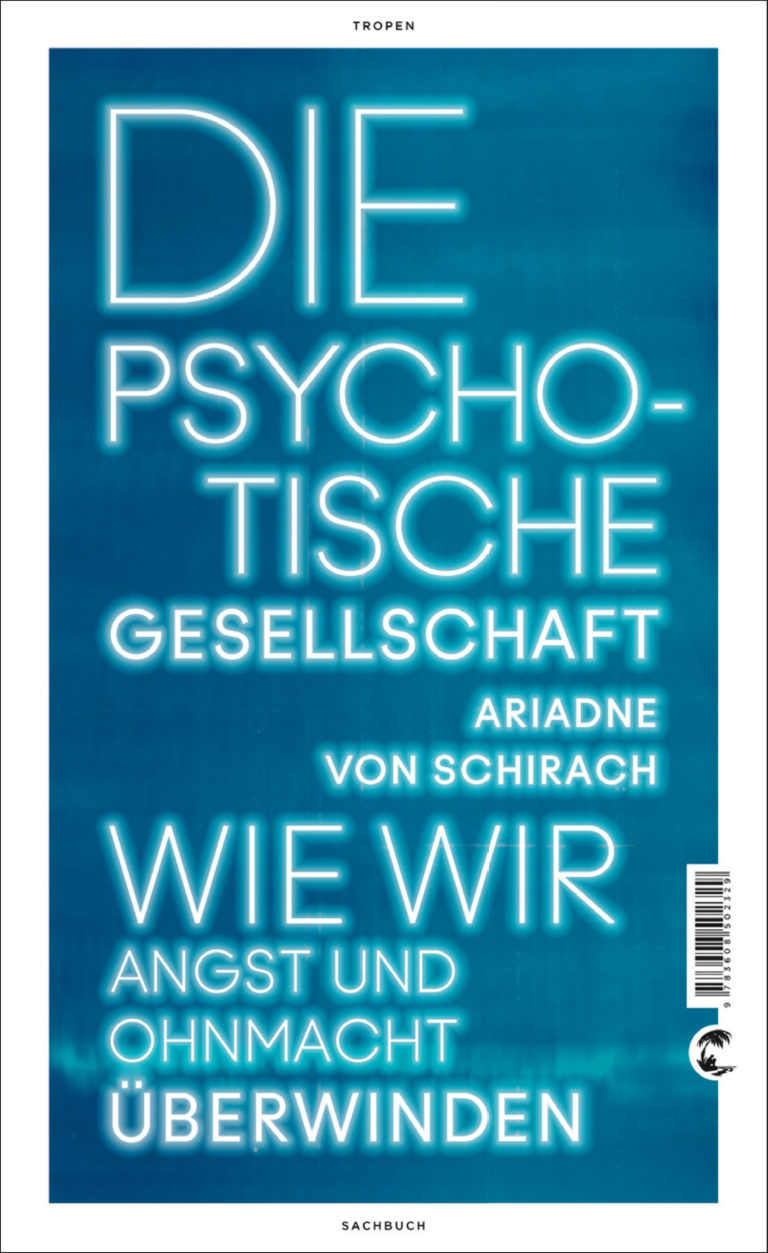 Ariadne von Schirach will give a short talk, drawing from her latest work, The Psychotic Society. (Die psychotische Gesellschaft. Wie wir Angst und Ohnmacht überwinden, Tropen 2019), a meticulous analysis of our economy-driven society and a plea for a new and better way of treating nature and human beings.

Despite previously unknown levels of material wellbeing and comparative security, many residents of industrialized societies are anxious and pessimistic about the future. The second debate centers around power relations and shifting power, around social change, our current conditions, and prognoses for our future.

Josef Haslinger, b. 1955 in Zwettl, Lower Austria. Author and professor for literary aesthetics at the German Institute for Literature in Leipzig. His political thriller, Opernball, about a fictitious terrorist attack on Vienna's opera ball, won him international fame in 1995. He then published another novel, Das Vaterspiel (2000), a short story collection, Zugvögel (2006), and an autobiographical report of the 2004 tsunami in Southeast Asia, Phi Phi Island (2007). In 2011, he wrote a novel based on the true story of a Czech national hockey team player who became a victim of communist terror, Jáchymov. Haslinger has won many prizes, most recently the Vienna Decoration of Honor in Gold (Goldenen Verdienstzeichen des Landes Wien). His new book, Mein Fall, is slated to come out in early 2020 in S. Fischer. Lives in Vienna and Leipzig.

Kathrin Röggla, b. 1971 in Salzburg. First publication 1990 after her study of German and publishing at the University of Salzburg. Röggla often works across media, incorporating documentary aspects into her work as well as humor and irony. Her language is experimental and self-critical and explores the orality of written language. She is the recipient of numerous literary prizes, including the Arthur Schnitzler Prize (2012) and the Nestroy for best play (2011). She is a member of the German Academy for Language and Literature in Darmstadt, and the Berlin Academy of Arts, where she has acted as Vice President since 2015. Lives in Berlin.

Ariadne von Schirach, b. 1978 in Munich. Studied philosophy, psychology, and sociology, first at the Ludwig-Maximilians-Universität in Munich, and from 2000 at the Freie Universität Berlin and Humboldt University, Berlin. Ariadne von Schirach teaches philosophy and Chinese thought at the Berlin University of the Arts, the HFBK in Hamburg, and the Danube University Krems. She works as a freelance journalist and critic and has gained renown for her non-fiction books, Der Tanz um die Lust (The Dance Around Desire) (2007) and Du sollst nicht funktionieren. Für eine neue Lebenskunst (You don't have to function: For a new art of living) (2014). In 2016, Ich und Du und Müllers Kuh. Kleine Charakterkunde für alle, die sich und andere besser verstehen wollen came out (The Butcher the Baker the Candlestick Maker: A short lesson on characterology for everyone who wants to better understand themselves and others). In 2019, Schirach published her new book, Die psychotische Gesellschaft Wie wir Angst und Ohnmacht überwinden (The Psychotic Society: How we overcome fear and helplessness).