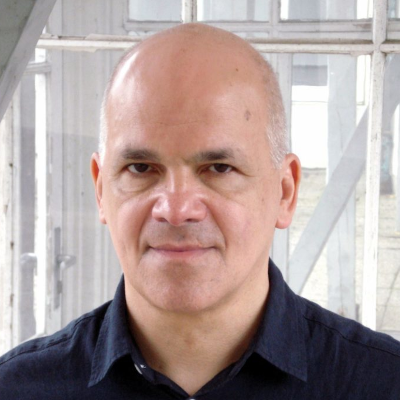 Ingo Schulze’s jury decision (excerpt):
It is difficult to sum up Frank Witzel’s complex work in compact sentences. Nevertheless, it is only in the past seven years, mostly in the past few years, that he has begun to receive the recognition he deserves from the literary public.
Whether prose, poetry, essays, discussions, diaries, audio plays or readings, Frank Witzel is one of the few writers who, whatever the genre, always reflects on the conditions of writing itself, exposing the relativity of his position and questioning himself as he does so. In the process, he makes his readers into autonomous discussion partners.
Witzel’s West German trilogy [Die Erfindung der Roten Armee Fraktion durch einen manisch-depressiven Teenager im Sommer 1969 (2015); Direkt danach und kurz davor (2017); Inniger Schiffbruch (2020); The invention of the Red Army Faction by a manic-depressive teenager in the summer of 1969 (2015), Right After and Shortly Before (2017), and Intimate Shipwreck (2020)] is a portrait of (becoming) West Germany, exposing the influences, usually taken for granted, that shaped those who grew up there. And because Frank Witzel is so unsparing in his exploration of the West, the East is always also present. Like no other writer, Witzel exposes (from a Western perspective) the mutual contingencies of East and West.

Frank Witzel, b. 1955 in Wiesbaden, Germany, lives as a writer and musician in Offenbach and Berlin. After his musical training at the Wiesbaden Conservatory, he had his literary debut in 1978 with the collection of poetry, Stille Tage im Cliché, (Edition Nautilus; Quiet Days in Cliché), more poetry and numerous novels followed. In 2021, his essay Die Unmöglichkeit eines Ich (Klostermann, The Impossibility of an “I”) was published as well as Erhoffte Hoffnungslosigkeit (Matthes & Seitz; Hoped-for Hopelessness), part two of his “metaphysical diaries.” Witzel has also focused on audio plays; in 2016, among other works, he created an award-winning audio version of his novel Die Erfindung der Roten Armee Fraktion durch einem manisch-depressiven Teenager im Sommer 1969 (The Invention of the Red Army Faction by a Manic-depressive Teenager in the Summer of 1969). Since 2020, Witzel has been an honorary professor for “free writing” at the University of Art and Design Offenbach.

Ingo Schulze, b. 1962 in Dresden, Germany, lives in Berlin. After studying classical philology in Jena, he first worked as a drama advisor and newspaper editor. His debut novel, 33 Augenblicke des Glücks (Berlin Verlag, 1995; 33 Moments of Happiness (Knopf, 1998)), set in St. Petersburg in the early 1990s, quickly gained him an international reputation. Numerous short story collections and novels followed. He also wrote essays, lectures, audio plays, and children’s books. His most recent works are the novel Die rechtschaffenen Mörder (dtv, 2021; The Virtuous Murderer), the short stories, Tasso im Irrenhaus (dtv, 2021; Tasso in the madhouse), and the collection of essays, Der Amerikaner, der den Kolumbus zuerst entdeckte (Fischer, 2022, The American Who First Discovered Columbus). In 2020, he was awarded the Order of Merit of the Federal Republic of Germany for his political involvement, and in 2021, the Dresden Art Prize as well as the Preis der Literaturhäuser for literary events.
ingoschulze.com 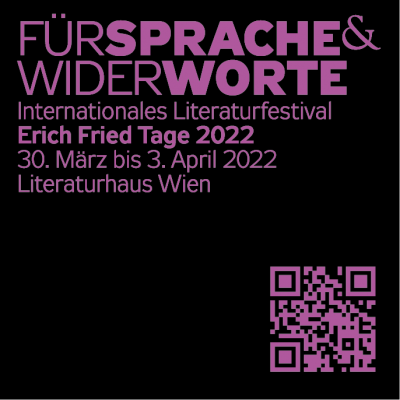